Without, clear gazetted rules under the law, no employer can be made to do what is required to keep workers safe from injury or death. The legal obligations must be CLEAR - with definite legal penalty for breaches. 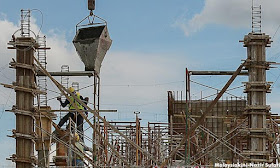 Group of 56
Published 14 Jun 2020, 8:23 pm
Modified 14 Jun 2020, 8:34 pm
LETTER | We, the 56 undersigned organisations, groups and trade unions are concerned about the lack of obvious enforcement and prosecution of employers, contractors, developers including directors and CEOs when they violate laws meant to ensure worker safety and health, even during this movement control order (MCO) where workers ought to be kept safe from Covid-19.

No directors, CEOs, managers and officers responsible have to date been seen to be tried, convicted and even send to prison despite there being so many fatal accidents, injuries and even Covid-19 infections of workers. However, from January to March 2020, DOSH reports occupational accidents resulted in 1,770 in non-permanent disabilities, 65 permanent disabilities and 61 deaths of workers.

The legal obligation of the employer is to always provide a safe and healthy environment for workers.
This obligation is not simply about satisfying that workers are disease-free as a condition for the business to begin operation, or for the temporary shutdown of worksites when a Covid-19 infection is detected, or an industrial accident happens. The persons responsible for the non-compliance must be held personally responsible, and there must be prosecution and conviction under the laws that impose legal obligations on employers.

The lack of prosecution, trials and convictions, gives the impression that the government is less concerned about the safety and health of workers.

Eighty-eight positive Covid-19 cases have been reported detected at three construction site clusters, one in Selangor and two in Kuala Lumpur. It is disturbing that these cases were detected more than a month after the Construction Industry Development Board (CIDB) announced strict occupational safety and health requirements on April 22, which covers not just work sites but also worker accommodations.

Even if the construction site is not operational, the employer/contractors still have the legal obligation and duty of care to ensure worker safety and health at worker accommodations.

It is important to note that on April 22, the CIDB, which comes under the Works Ministry, issued the (1) Standard operating procedures (SOP), (2) Guidelines on preventive measures steps at the construction site, and (3) Guidelines for the operation of centralised labour quarters and worker accommodations.

The works minister was reported saying, that ‘… Any violation of the SOP may be subject to action under the Prevention and Control of Infectious Diseases Act 1988 (Act 342) and the Construction Industry Development Board Malaysia Act 1994 (Act 520)…’

It may be reasonable to suggest that a worker who shows Covid-19 symptoms and/or tests positive within 14 days of the entry into force of these requirements may have been infected beforehand, but not when it's detected more than a month later, meaning they would have been infected in the last 14 days or less.

When infections are detected more than 14 days after April 22, the presumption would be there was an obvious breach of the law on the part of the employers, contractors, developers and/or their agents.

As such, the lack of reported investigation and/or prosecution of these employers, contractors and/or developer perpetrators is most disturbing. Strict enforcement and prosecution is always an important deterrent to ensure workers’ future safety.

A lack of prosecution highlights a possible breach of the April 22 promise by the works minister, that action will be taken in the event of violations.

Without being gazetted, there arises the question as to whether a breach or non-compliance of any of these regulations, SOPs, guidelines, etc are even legally enforceable, let alone whether the violators of these standards, guidelines or regulations will result in the prosecution and effective conviction of violators.

For the construction sector, in addition to the recent SOPs and guidelines, since 2018 CIDB also has guidelines for temporary construction workers amenities and accommodation.

Sadly, it seems that this SOPs and guidelines have not been gazetted under the CIDB Act and this raises the question as to whether employers are legally bound to obey, and whether non-compliance would even lead to prosecution, trial and/or convictions.

However, there was no information whether any of these law-breaking companies, directors and persons in charge were even charged in court, fined or jailed. This information is crucial for workers and public perception. Failure of prosecution may be indicative of the hypocrisy of the government.

Right to a safe working environment is a human right

Article 7 of the International Covenant on Economic, Social and Cultural Rights which came into effect in 1976 states: “The states parties to the present covenant recognise the right of everyone to the enjoyment of just and favourable conditions of work which ensure, in particular... (b) Safe and healthy working conditions…”

The ILO Constitution sets forth the principle that workers must be protected from sickness, disease and injury arising from their employment.

To date, it seems like almost no employer, contractor or developer, and their directors and/or officers have been prosecuted for breaches of the various occupational safety and health laws, including the Occupational Safety and Health Act 1994, Lembaga Pembangunan Industri Pembinaan Malaysia Act 1994 and the Prevention and Control of Infectious Diseases Act 1988 during the MCO period in response to Covid-19 pandemic despite there being media reports of many workers being infected by Covid-19 at their workplaces and/or accommodations.

While the regulations under the Prevention and Control of Infectious Diseases Act have all been gazetted, which makes it most clear to everyone, as to what they can or cannot do, it also allows the prosecution, trial and conviction possible, these SOPs and guidelines have not yet been gazetted. Likewise, there are many SOPs, guidelines and standards under other laws that deal with the occupational safety and health that have yet to be gazetted.

It is no use if these SOPs, guidelines, standards and/or other similar documents are mere recommendations to employers, which may mean that a non-compliance will not attract investigation, prosecution and/or convictions of employers, contractors, developers, their directors and managers.

There must be no choice given to employers about what they must do when it comes to issues of occupational safety and health. These obligations must be mandatory as it concerns reducing the risk of sickness, injury and death of workers.

Therefore, we:
Statement endorsed by the following 56 groups: